While the inductees into the Australian Rally Hall of Fame are yet to be announced for 2015, the organising committee is very excited to have secured one of the greats of the rally world, Juha Kankkunen as guest speaker. 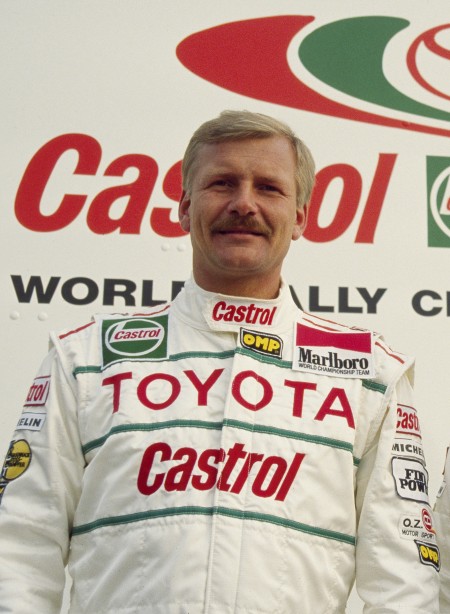 Following on from the hugely successful inaugural and 2014 Rally Hall of Fame Gala Presentations, the RHoF Committee is proud to announce it has matched the high standard of guest speaker achieved last year in the globally popular Ari Vatanen. Fellow Fin Juha Kannkunen is a four times world champion himself and continues the tradition that has established the Rally Hall of Fame on the annual motorsport calendar.

The Gala Presentation will run in conjunction with the National Capital Rally, the second Round of the East Coast Bullbars Australian Rally Championship, on Thursday 14th May.

“Last year’s event proved a massive hit with Ari, so we are absolutely ecstatic to welcome Juha as our guest of honour for this year’s gala awards,” said the Hall of Fame Committee member Col Trinder.

Kankkunen was active in the World Rally Championship from 1983 until 2002, including stints with Toyota, Peugeot, Lancia, Ford, Subaru and Hyundai.

In 1986 he became the sports youngest ever Champion when he mastered the almighty Group B Peugeot 205, and then backed up his success the following year when he switched to a Lancia Delta.

Kankkunen, who has also competed in the Dakar Rally, the Pikes Peak Hillclimb and twice won the Race of Champions, is widely regarded for winning three of his four World Championships with different manufacturers; a result that has never been beaten.

Organisers have urged the rally community to book early and avoid disappointment as many did in 2014 with Ari Vatanen. Tickets are strictly limited so get in early.