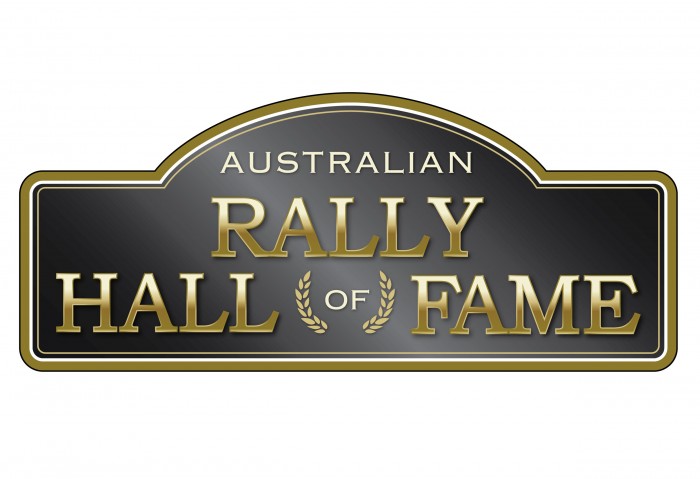 John Bryson became interested in car rallies and trials early in his life, and took leave from his civil engineering career to work as a journalist for the Sydney Sun newspaper so he could participate in rallies. Experience in the army taught him all about map reading and, more importantly, survival in harsh conditions.

The stint at the Sun was followed by a spell at the Daily Telegraph and Modern Motor. His first assignment for Modern Motor was to report on the 1964 Ampol Round Australia Trial.

Three wins navigating for Scot Andrew Cowan in the Southern Cross Rally, the 1968 and 1977 London-Sydney Marathons and a wide variety of other events stand as testament to his love of the sport. His epic journey in a Leyland P76 through the Sahara Desert with the late Evan Green goes down as the rides of his life.

Mitsubishi’s participation in motorsport and in particular, rallying, can be indirectly attributed to John Bryson. Doug Stewart’s fourth outright in the 1964 Ampol Trial caused Mitsubishi to enter a Colt 1000 crewed by Stewart and Bryson in the 12/12 Mountain Rally, which they won. Mitsubishi was so pleased with the result that they decided to continue their rally program.

Andrew Cowan and Bryson won the Southern Cross in 1972 in a Galant, and from then on, Mitsubishi became a dominant force in rallying worldwide.

With three Australian Rally Championships, seven Castrol Rally wins and six Alpine Rally wins, Greg Carr is in the very top group of Australian rally drivers. From a typical start driving a Datsun 1600 Greg progressed to the Canberra based Gerry Ball rally team, and then to a full factory drive with Colin Bond’s Ford Australia rally team. His battles with the Datsun Stanzas of George Fury and Ross Dunkerton are regarded as the golden era of Australian rallying.

After success in the Burmah and RAC rallies in the UK Carr was offered a factory drive for the Boreham based Ford team, but for personal reasons decided to continue his career in Australia.

His three Australian Championships were achieved in three different makes of car, a remarkable achievement. His first in 1978 was at the wheel of a Ford Escort, followed in 1987 in an Alfa Romeo GTV6 and a third and final Championship in 1989 in a Lancia Delta Intergrale.

Although he never won a Southern Cross Rally, Greg was consistently faster than the many European stars who came to contest the event, including Finnish World Champion Ari Vatanen, placing him into world class.

Peter started his rallying from Albany in the South of WA. On moving to Perth he was quickly recognised as one of the State’s leading navigators, winning the WA Rally Championship in 1980. With the arrival of the World Rally Championship round Rally Australia to Perth, he was a member of the original Organising Committee, working full time with the Government backed Eventscorp to set the event up and train the staff.

Macneall is the only official who has been with Rally Australia from the beginning to the present and has spent most years as a Deputy or Assistant Clerk of Course, including being the Event Checker on every event.

For over 20 years he has been a member of the Australian Rally Commission (ARCom) and before that the National Rally Panel. Through this role and his experience with Rally Australia he was appointed ARC Sporting Director for his knowledge and guidance in formulating and interpretation of the Rules and Regulations of rallying in Australia.

Ross Runnalls is recognized as being one of Australia’s best co-drivers. His wins range from ten navigationally difficult Experts Trials to the 1995 Round Australia Mobil 1 trial with Ed Ordynski and the 1981 and 1982 Australian Rally Championships with Geoff Portman. He has co-driven for several top overseas drivers, and in the 1980’s won 23 events in the space of two years.

Ross was honoured as one of the inaugural inductees into the Victorian Rally Hall of Fame, and has co-driven for Japan’s Monster Tajima on seven World Championship Rounds. He is also a skilled event organiser, having directed numerous long distance events in Victoria including three Old BP Rallies. Ross won the Australian Safari as a navigator in 1989 and went on to serve as Clerk of Course for the Safari in 2012 and 2013.

Ross has been an outstanding competitor, and has contributed greatly to the sport of rallying in his numerous roles as event director, as well as being a current Director of ARCom.

Ross started rallying in 1977 in WA, but quickly found a role as an administrator and event organizer, particularly as the Clerk of Course for the Forest Rally, on which he chalks up his 28th running in 2015.

Away from his home State of Western Australia, Ross is highly regarded as a Clerk of Course and in recent years has held the roles at the ARC Rounds of Rally of Tasmania, Rally of Melbourne and Rally Calder.

Nine years ago Ross expanded his involvement into tarmac rallies and established Targa West, and has also been involved as Clerk of Course for Killarnee Targa South West.

Ross was involved with the first running of Rally Australia, and has held senior positions during the event’s history in both Western Australia and New South Wales.

As if that wasn’t enough, Ross is the current Chairperson for RallyWA, the State Championship organizing committee.

When Neal Bates was inducted into the Hall of Fame in 2013 he attributed much of his success to his partnership with longtime co-driver Coral Taylor, and this year we welcome Coral as one of 2015’s inductees.

Coral was introduced to rallying when she co-drove for her father Norm Fritter in the 1979 Repco Round Australia Trial. Her rallying history is rich with success, having won the Australian Rally Championship co-driver award alongside Neal Bates in 1993, 1994 and 1995, and again in 2008. She placed second in the National Championship seven times and was third in 1997.

Coral was also responsible for organising and managing Neal Bates Motorsport for over 20 years, including during the Toyota factory era. Never one to shy away from hard work Coral also holds a heavy vehicle driver’s licence and has been known to drive the team truck to events around Australia.

Coral is a high achiever in many fields. She is a Board Member of the NRMA motoring body and is still involved in the day-to-day running of Neal Bates Motorsport and co-driving for Neal in a rapid classic Toyota. She is also a member of the committee that organizes the Australian Rally Hall of Fame dinner.

As a competitor, event organiser and as editor of Rallysport News, the only publication dedicated to rallying in Australia, Jeff Whitten has played an active role in Australian rallying for almost forty years.

His list of achievements includes over 130 rallies competed in, over 20 outright or class wins, Director of 20 Forest Classic Rallies as well as a Director of many other rallies and touring assemblies.

Jeff has been involved for over forty years as a control official, course checker, club steward, motorkhana director and club magazine editor. He has been President and Secretary of the North Eastern Car Club on multiple occasions and is still Secretary to this day.

Jeff has been awarded a Life Membership of the North Eastern Car Club and in 2000 was awarded the Australian Sports Medal.

Jeff’s contribution to rallying through his dedication to the sport and the coverage that his publication has provided have secured him a well deserved place in the Australian Rally Hall of Fame.

Older PostJuha Kankkunen to return Down Under